The Fallacy of “SVU”

Law and Order: Special Victims Unit premiered in the fall of 1999. I began watching it a year later. At ten, I was probably much too young to be watching a show about sexual violence, but I spent a lot of time at home alone, was a good student, and never got into trouble (or got caught, at least). It was post Y2K and parental controls didn’t exist. My mom, who worked three jobs, had no ability to monitor what I watched.

SVU quickly became one of my favorite shows. I loved Olivia Benson, the lead detective on the series, who always seemed to be one step ahead of the predators she investigated. She almost always got the bad guy in the end. 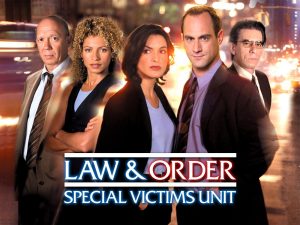 Over the years, I continued to watch, and ended up choosing criminal justice as my major in undergraduate school, convinced I would go on to become an attorney and prosecute sex crimes. I took sex crime electives and studied under a professor who worked in the prisons in Newark and Philadelphia.

At school, I finally began to understand the fallacy of SVU. Many of the cases I researched lasted for years. There was no cut and dry solution, no quick movement through the justice system. Cases, I realized, could take years to prosecute. In most, the perpetrator was never charged. I learned, too, that prosecuting sexual violence is insanely difficult. Many victims who came forward eventually dropped their cases. Everywhere I looked, I saw a justice system that did not reflect the one I’d grown up watching on television. 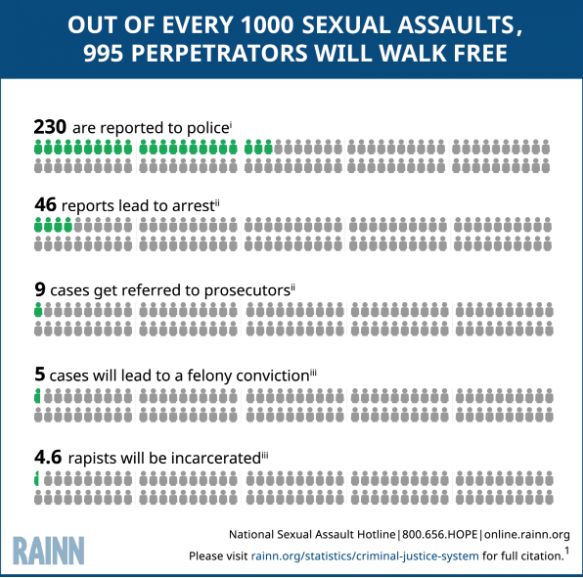 *RAINN (the Rape, Abuse & Incest National Network) states that the majority of sexual assaults are not reported to the police. Why? Many survivors fear retaliation. Others believe the police will not do anything to help, they don’t want to get the perpetrator in trouble, or they believe it’s a personal matter.

After deciding to nix law school, I became the director of an after school program in inner city New Jersey. My kids ranged in age from 7-13. Some were in gangs. Some had already picked up cigarette smoking and drinking. All of them were living in low-income households.

One of them, an eight-year-old girl named Johanna (name has been changed) had significant behavioral issues. As the director, I didn’t teach as much, and spent most of my time dealing with paperwork, licensing, and handling “incidents,” which were mostly fights and behavioral outbursts. Johanna routinely got in trouble with her teachers. She was boisterous and struggled to pay attention. She was also inappropriate with her peers, touching them and being overly affectionate with them. After her third incident, I told her I’d have to talk to her father. She burst into tears immediately, grabbing at my shirt and arms. “Don’t tell him,” she begged. “Please, Miss.”

It was an impressive tantrum, but I’d seen many before. I had my rules and to be fair among all the kids, I had to stick with them.

I told Johanna’s father what happened that night when he came to get her. He was calm and didn’t yell, but Johanna looked petrified. The next day, she came in with a black eye. “What happened?” I asked her. While avoiding my gaze, she told me she’d gotten it falling off a slide. A few days later, two of my teachers reported seeing bruising on her thighs after she put on shorts for rec time.

I was sure that her father hit her as punishment for her behavioral issues, and I’d started to suspect he’d been molesting her as well. As a mandated reporter, I had to make the call to DYFS (Division of Youth and Family Services). It was terrifying, but I thought reporting the abuse would change something.

It didn’t, though – Johanna continued to live with her father. He came to pick her up after school and I continued to see the bruises. I talked to cops about the situation, to Johanna’s teachers. One had reported the abuse, too, but nothing ever came of it. I never spoke to Johanna’s father about her behavior again. Whenever she had an issue, I took her out of class and sat down with her to read, draw, or play outside until she was feeling better. I cried at night because I believed I’d caused her hurt, and because I couldn’t save her from whatever was happening at home.

After two years, I left the school job. I couldn’t deal with the things I saw there. It was hard to sleep; I felt the kids were my responsibility and I could not protect them from all the evil things that existed in the world.

Fast forward seven years and I’m back to my roots, working in legal aid but in administration. Part of my job is to highlight the work of the attorneys here and, as such, I’ve spent a lot of time reading through case files. While GLS only assists with civil matters, I’ve been impressed to see the amazing professionalism and dedication of the family law unit, especially with domestic violence cases (which often include cases of sexual violence, as a third of sexual assaults are committed by intimate partners).

In many cases, injunctions for protection, assistance with complicated divorces, and custody arrangements are life saving for domestic violence victims and their children, providing them with the tools and support they need to move forward with their lives. It has been a light at the end of a dark tunnel to see the work my fellow staff members do every day.

“You were a big help to me and everything that I went through and I just want you to know that I appreciate all of that sincerely. I wouldn’t be where I am right now without the help that you gave to me. I’m doing great. Everything is together for me. I’m doing better than I have in a really long time.”

I don’t watch SVU anymore, even though it’s still on TV. I remain incredibly unsettled by the obstacles facing those who choose to report sexual abuse. And while I would like to live in a world where I could’ve been more help to little Johanna, for now I am thankful to see many Olivia Bensons in the world, saving lives in small and big ways, especially in this legal aid office. 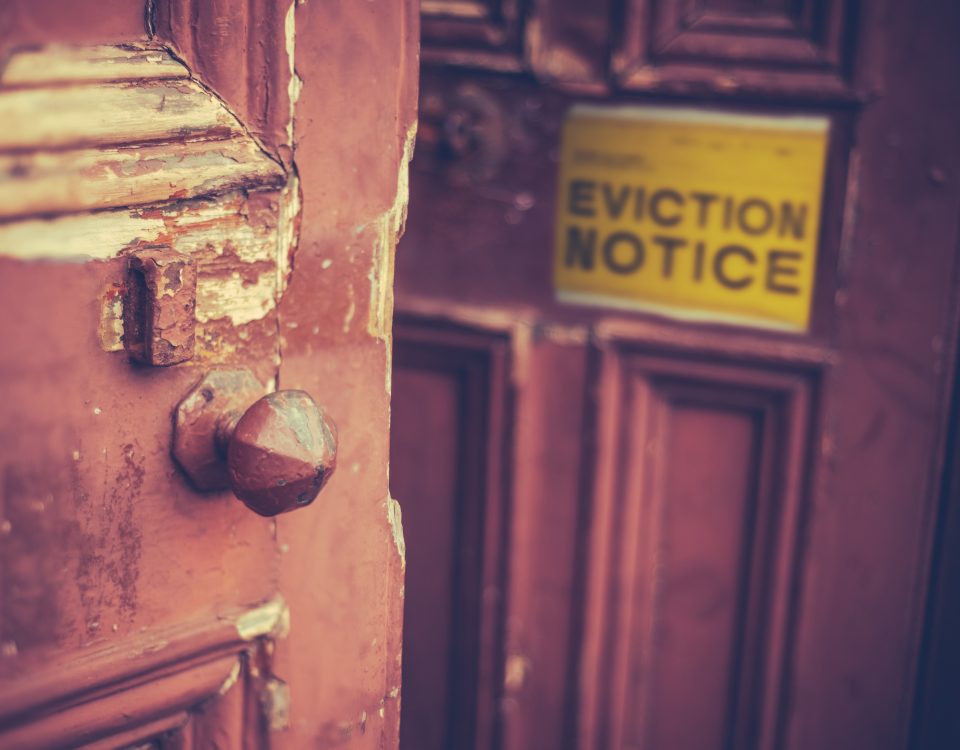