According to the Florida Department of Law Enforcement, in 2019 there were 105,298 domestic violence incidents reported in Florida. Data collected by the National Network to End Domestic Violence noted that local domestic violence hotlines field about 19,159 calls, an average of approximately 13 calls every minute. Statistics show that this means that roughly 1 in 3 women and 1 in 4 men will experience violence at the hands of their intimate partner over their lifetime (NCADV, 2022).

The economic impact of domestic abuse in the community is hard to quantify because there are so many moving pieces. In 2018, business students teamed up with CASA (Community Action Stops Abuse) to assign a number to the impact of domestic violence in the community. Based on their research, domestic violence is costing Pinellas County $132 million a year, or about $21,000 per survivor. This includes costs for things such as childcare, court costs, medical bills from abuse violence, lost wages, social worker salaries, and shelters/emergency housing (USFSP, CASA, 2018).

While a large number of survivors are women, domestic violence can affect anyone regardless of gender, race, and sexual orientation. Domestic violence comes in many forms but one of the most common is financial abuse and manipulation. 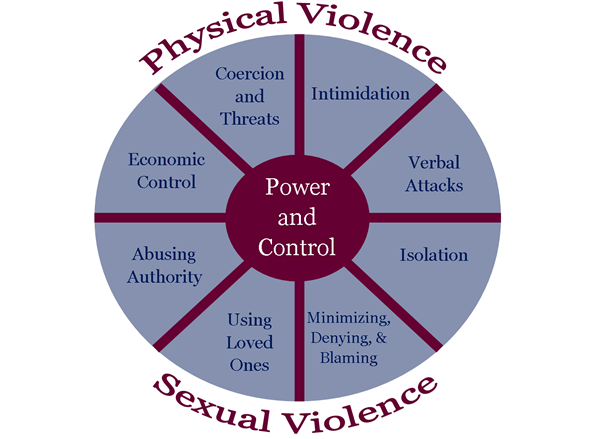 Abusers use financial manipulation as a tool to keep their partners from leaving by controlling their access to money (NNEDV, 2017). This manipulation can look like many things. It can be a partner withholding money, or giving an “allowance” to a spouse. It can be a partner demanding most or all of the money their spouse makes, or using their spouse’s identity to open new cards or make large purchases in their name without permission. It can even include an abusive partner purposely ruining their spouse’s credit so they cannot get anything in their own name. This type of domestic violence can affect anyone regardless of financial status because someone they trusted often perpetrates it. It is intended to leave the victim penniless, dependent on the abuser.

Those who have not experienced domestic violence may ask, “Why don’t you just leave?” What they may not know is that abuse comes in so many forms and leaving is not always possible. If someone is withholding another person’s finances and or personal identity paperwork, it is next to impossible to get out on their own. If someone has kids with the perpetrator, they may stay until they can find a way to get them out as well. Divorce costs may be a factor. They could even stay under the threat of physical violence.

Fortunately, there are many organizations locally and nationally that can help. Gulfcoast Legal Services provides family law assistance to eligible survivors free of cost, helping them obtain divorces, child custody, paternity tests, and injunctions for protection from voice, among other things. Applications can be submitted online here, or you can call GLS at (800) 230-5920.