Our client was a single mother of one son. She was making approximately $37 a week as a waitress.

She met a man who was bringing people to the U.S. to work in agriculture. He told them that we were going to work for six months picking up blueberries, and would get paid from $10 to $11 an hour. She was told that she had to pay $1,000 to get the visa. To get a loan the client’s mother had to give the deed of the property that her parents use to support themselves by growing alfalfa. That is the only piece of land that they possessed, besides their home. She also had to borrow money from several moneylender places with a very high interest rate.

Our client went to the U.S. Embassy to get her H2A visa. When they were about to leave for the trip to the U.S. she was told that she had to sign a document stating that once they got to the U.S. they had to give their passport and visa to the owner of the farm. Since they were in a hurry, and there was no time for questions, she just signed the document.

It was not until she was already in the U.S. that she noticed that her visa was only valid for one month. No one could answer their questions about why. They tried to contact several people that were in charge, and all of them said that they did not know anything. She felt betrayed and worried that she wouldn’t be able to earn enough money to pay her debt back.

The work was very hard. The foremen were always yelling at them, hurrying them. They were never sure how much 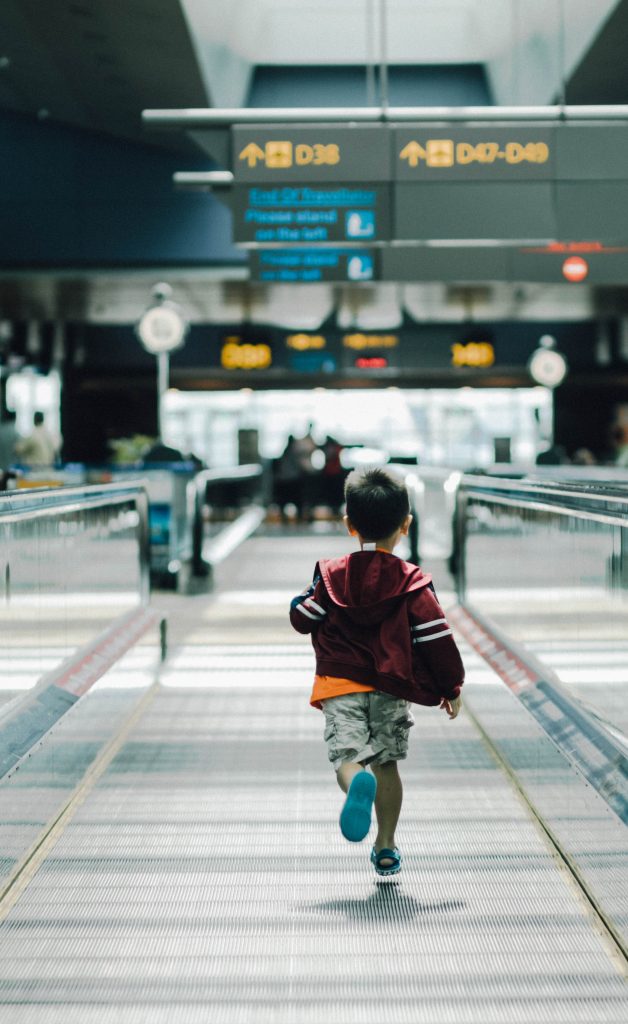 they were getting paid, and they never dared to ask. Since her passport had been taken she felt that she did not have any other option but kept working there.

One month passed and they were told that the work was finished, and they should leave. Our client was very worried that her family was going to lose the piece of land they had been given as a collateral, since she wouldn’t be able to pay the money back. If they lost that piece of land, they would lose their only source of income. Her parents were the ones supporting her only child. Afraid, she decided to go and live with her sister, who was already here in the U.S.

The client wrote on her declaration: I saw something on the TV that said there should not be mistreatment of people who come to work to the U.S., and that we had rights. I do not remember if it was a commercial or a news story about a worker who became dehydrated working on the farm because did not drink enough water. They said you have rights to take a break, go to the bathroom, and to drink water. Then I told my friend what happened, and she said I could go and talk about what happened to tell them that I had to pay a lot of money and was deceived so they would know that they are not doing the correct thing. I called Adriana at the Hispanic Outreach Center, and she gave me the phone number for Gulfcoast Legal Services.

It was not until she talked to Jacquelyn that she found out that she had been a victim of human trafficking. GLS help her to apply for T-Nonimmigrant status, and she and her son were approved in February of 2020. Her husband also got an approval on July of 2020.

I meet our client at the cell phone waiting lot of the airport for the first time. “Are you at the left screen or the right?” I text her in Spanish.

“Right side,” she responds.

I dial her number as I slowly pull my car forward.

“Hi, this is Rebecca from Gulfcoast,” I explain. As she gives me instructions about what color car she is driving, I see her partner waving his arms at me. We make eye contact and I smile. Okay, hardest part over. I found them. Now we have to wait.

I texted Luis: “Met client at cellphone lot. Flight is delayed.” He responded: “No, the flight is landing early!” I look up at the screen displaying the incoming and outgoing flights and squint my eyes into the harsh winter sun setting in front of us.

“Ah, I have bad eyesight,” I text back. “Flight is definitely early, you were right.”

I roll down my window. “It looks like the flight is early. Once it lands, we can park at the other parking lot and get the train to go in to the airport. It’s cheaper if we wait here first so we don’t have to pay for a long time in the parking lot,” I explain.

“Ah okay,” she responds. “Does it look like it landed?”

And so, I pull out of the lot gingerly, checking my rearview mirror to make sure she is behind me. I’m not sure how much of the airport signage she can read, since it’s only in English and it tends to be confusing unless you know your way around. They’ve been doing construction all year, so the roads are blocked off with orange cones and re-routed in different directions. I stop to get a ticket for the parking garage.

I pause my car, hesitant. “You have to press the green button,” I text her in Spanish, not wanting to make her feel clueless, but wanting to be helpful. I can’t imagine how she must be feeling. I hope she’s not overwhelmed by these small details.

I know very little about her case. Just her name, and that she is waiting for her son, who is a minor, travelling alone. I don’t know his name, or what country they are from. I do know that she is a victim of trafficking, but I’m not sure what kind. I’m not sure I want to know what kind.

We park, and she unloads a stroller; there are two energetic boys bouncing off the walls of her van. “Gemelos?” I ask? Yes, she says. Twins.

We make our way towards the airport. I make a note in my phone: Orange parking garage. I note the row and space number for later. “It’s kind of confusing,” I explain, a bit nervous. I just want to be a helpful guide, I’m never sure how much to say. We make small talk about the boys. I ask what her son’s name is. She smiles and tells me. We chat about the cold weather, and then we are in the second elevator.

Her partner is sweet, attentive to the boys. He helps tie a mask onto one’s ears; the other carries a half-eaten bag of Cheez-Its that’s tilted dangerously to the side.

We get on the train. The client gets an incoming call in English, but it’s hard to hear over the screech of the rails. She puts it on speakerphone and holds it out to me. A man shouts through the line that they’ve arrived with her son and can meet us. He asks if we are there yet. I explain that we are on the train but will be at the airport soon. He says he will see us there.

I rush off the train, client and family in tow. We ride down an escalator and I rush ahead to the arrival screens, no longer pacing my strides to match the client’s smaller steps. I scan for the arrival gate. Wrong screen. I rush over to the next screen, and look over my shoulder to make sure client is there. She is.

Okay, this is it. Gate B, yes, it’s this one right here. A trainload of passengers comes and goes. “There are lots of trains, and lots of people. Don’t worry,” I explain to her. She seems relieved, as if she has been holding her breath. I ask if she has her ID. She does.

We wait for a few more loads of passengers to arrive. One of the twins spills his Cheez-Its on the ground. We yell no in unison, but he still manages to scoop a handful of them off the ground and back into his mouth.

Another incoming call. “Are you here?” Yes, I explain, we are waiting at the gate. “This is her attorney,” I clarify. The voice asks if we have come through security. “No sorry,” I explain, “We got off one train, but I didn’t think we could get through security without a ticket.” “It’s okay,” he says, “Stay where you are and we will come to you.”

A few more trainloads of people come and go. And then, “There he is,” our client says. She rushes forward. A small boy in a winter coat, carrying a backpack and flanked by two airline employees rushes forward. They hug as people disembark around them.

The airline employees look at me as they continue to hug.

“Is it true what he was telling me, that they haven’t seen each other in years?”

The airline employees look at them hugging and ponder this fact, how a boy so young could be so far from his mother for so long.

“And who are they?” one of the attendants asks, gesturing towards the twins, “Are those his brothers?”

“And they’re meeting… just now for the first time,” she states. Not a question, just a realization. I nod.

The attendants present an envelope with a few lines hastily drawn onto it. They explain that they must have been rushed, but that the client needs to sign it.

And just like that, the attendants are walking away, and one of the twins is crying because he wants to ride down the escalator into the baggage area. I try to take a picture of them together, but one of the twins is crying, and keeps running towards the escalator. We wrangle them and head towards the return train. I send a quick text to Luis and to our contact at the IOM to let them know the client’s son has made it safely and that they are reunited.

We ride in silence to the parking garage; one of the twins is screaming because we wouldn’t let him ride the escalator in the wrong direction. The other passengers edge away and shoot glares at us.

When we reach the garage, the client thanks me. “It’s nothing,” I reply, “You are so welcome.”

How do you find the words to congratulate someone on getting their son back, someone you just met, who should never have been separated in the first place? Someone you shouldn’t have to be congratulating because this never should have happened?

They walk to the edge of the parking garage, the five of them. They look out at the bright lights in the city. I ask if they want me to wait, but I already know the answer. They are a family again. A family reunited, taking time to pause in the moment and take it all in. They wave me on, and I drive home in silence, pondering what it must be like to feel whole again, and to be a young child, who after many years, is with his family in time for Christmas.

This story was produced by Gulfcoast Legal Services, Inc. under Project Number 2018-VT-BX-0005, awarded by the Office for Victims of Crime, Office of Justice Programs, U.S. Department of Justice. The opinions, findings, and conclusions or recommendations expressed in this post are those of the contributors and do not necessarily represent the official position or policies of the U.S. Department of Justice.